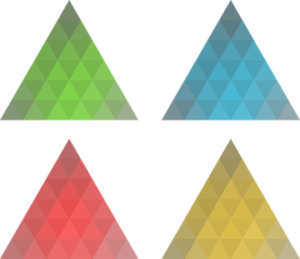 The Triangle Research Data Center (TRDC) is a partnership between the Center for Economic Studies at the U.S. Census Bureau and Duke University, in cooperation with the University of North Carolina at Chapel Hill (UNC), RTI International (RTI) and the Federal Statistical Research Data Centers. Under this partnership, the Census Bureau allows researchers with approved proposals to perform statistical analysis on non-public microdata from the Census Bureau’s economic and demographic censuses and surveys. Interested researchers are encouraged to contact the RDC administrators for more information.

The TRDC consists of one secure computer laboratory, located at Duke University and is one of more than almost thirty sites in an expanding network of Research Data Centers located around the U.S. A wide variety of research has been conducted across the RDC network. A unique proposal process exists for accessing non-public Census data in the TRDC.

In addition to hosting projects using Census data, the center also hosts projects using non-public data from the Bureau of Labor Statistics (BLS), National Center for Health Statistics (NCHS) and the Agency for Healthcare Research and Quality (AHRQ) under agreement with those agencies. Applications to use BLS, NCHS, or AHRQ data in the lab are submitted directly to those agencies with an indication that the research will occur in the TRDC.

Faculty, students, and staff from Duke, RTI, or UNC may use the TRDC without cost for their agency-approved research projects, making the TRDC a unique opportunity for qualified researchers in the region. (Non-affiliated researchers may use the RDC on a fee basis, and researchers using BLS, NCHS, and AHRQ data might be charged a data preparation fee by those agencies.) Any interested researcher should contact the RDC before beginning work on a proposal.